Yes, There Is Life After Corporate Downsizing 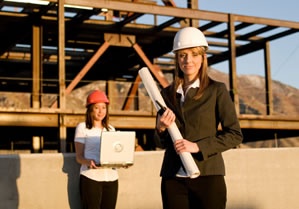 Corporate executives create new lives for themselves with franchise ownership after layoffs and business closures.

It’s not a pleasant position to be in, especially for a six-figure-generating corporate executive – unexpected layoffs and downsizing. According to ExecuNet (a networking group for outplaced Executives in the $100K+ salary bracket), corporate executives can expect to be in the same job for only 2.7 years, and with the same company for only 3.3 years.

That means mid-level and executive-level managers are looking for new jobs every couple of years. It’s an employment cycle that puts a lot of stress on finances and family.

But many former corporate executives are now choosing another option after facing numerous corporate layoffs and reorganizations: business ownership.

FranNet Colorado in Denver works almost exclusively with downsized corporate executives. The franchise consulting firm conducts local seminars on entrepreneurship and franchise ownership for several career transition/outplacement agencies in the Denver metro Area. Stacy Swift, owner of FranNet Colorado explained, “I see many hard working people who come from demanding, high-stress careers. They suddenly find themselves out of work and not sure what to do. Sometimes it takes something like a layoff for them to move in a different direction.”

Swift advises many former executives who want to break the cycle of changing jobs every few years. Her firm helps many of them find new lives in business ownership, specifically franchise ownership. Swift says former corporate executives tend to be very good business owners for a variety of reasons:

In her own business, Swift has seen many people change their lives completely from the corporate lifestyle to the business ownership lifestyle. Some of FranNet Colorado’s clients include:

For more information about franchise opportunities and career transitions in Colorado, contact Stacy Swift of FranNet Colorado at 303-715-0397 or sswift@frannet.com.