Want to Achieve Your 2023 Financials Goals? Start Now and Get Your Team Involved.

Imagine it’s December 2023 and you are about to stand up and thank your team for a job well done at your annual holiday party. You’re happy because you set and met many strong goals for your business this year, including your profit goals. This year’s profits allowed you to distribute meaningful bonuses to your team and make plans for investments that will help grow your business in the years to come. Yes, there were some challenges, but for once you didn’t feel like it was all on your shoulders. The team really stepped up.

As you reflect on what actions made the difference, a couple of things stand out.

You Set Strong Goals for the Year

At your annual owners planning retreat, you took some time to think about your future and what you wanted for not only your business but also your family. You revisited your exit strategy and timeline, along and set a goal for what your business should be worth by then. This got you thinking about what profit your business needs to generate to get what you want for the business when you ultimately decide to sell,

Once you determined your profit goal, you used Breakeven PLUS analysis to calculate the sales and  margins necessary to generate that profit. Then you built a budget to detail the monthly financial roadmap to your sales and profit goals.

In addition to the numbers, you envisioned your personal life, including that when you are away from the business you’d like to be offline as much as possible. You also decided you wanted to focus most of your time on what you like to do and do well. 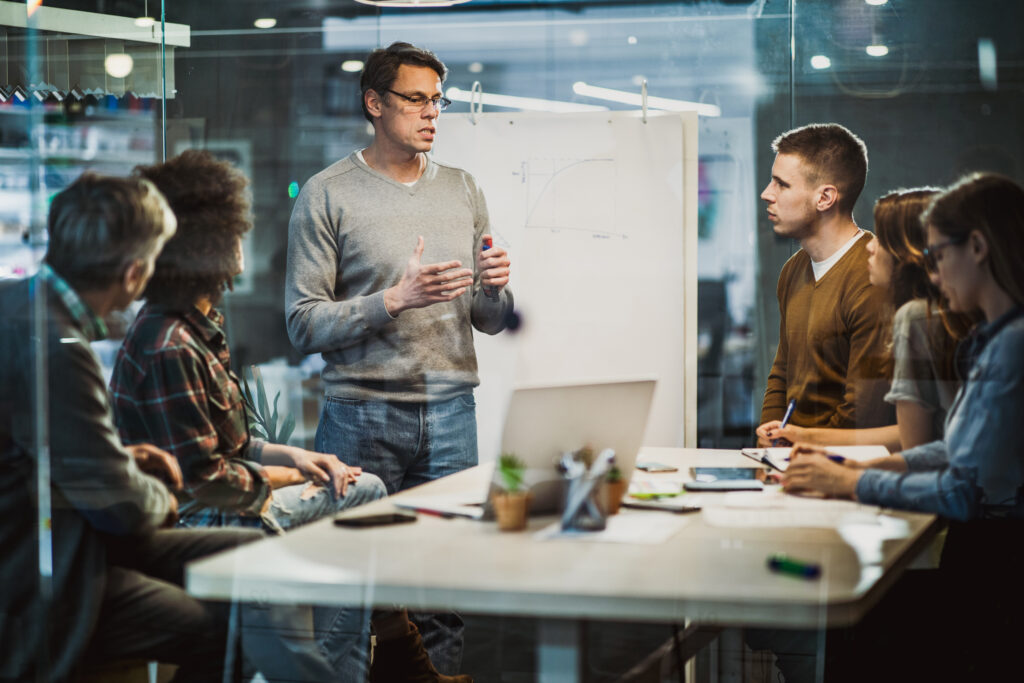 You Shared Your Goals with Your Team

For the first time, you shared your  goals with your team in an off-site retreat. They appreciated your confidence in them and were glad to hear about your goals and plans to focus your time. They  shared their frustration about being sent in too many directions. They even told you that your time could be better spent. This led to an interesting discussion about the things THEY think you excel at and what you don’t. Some of that felt a little uncomfortable but you had to admit they had some good points.

You and the Team Created a Meaningful KPI Scorecard

At the same meeting, you and your team members created a Key Performance Indicator (KPI) Scorecard that listed monthly goals tied to your yearly goals. Some of were financial goals, like revenue, gross profit, labor costs and expense controls. Others were goals around marketing, systems, and customer satisfaction.

Since you wanted your KPI scorecard to fit on one page you evaluated each KPI target to see how important it was to achieve your overall yearly goals. If it was vital to meeting those goals, it stayed on the scorecard. If not, off it went.

The financial goals were the easy part. It was harder to create measurable goals around your leadership and desired lifestyle. For example, you and the team decided that every month you would be 60% or more focused on the things you do well and enjoy. At the time, this goal felt a little squishy to you, but you decided to go with it.

You Created Source People for each KPI

Starting in January, you conducted a monthly Strategic Execution Team meeting to review your KPI scoresheet. You celebrated when you met or exceeded your goals and took corrective action when you didn’t. You were pleased to see how often team members came up with innovative solutions to problems that weren’t even in their area of responsibility.

Although you did not use this process to punish individual team members who were not performing up to standard, it quickly became apparent when one of your team members habitually did not meet their goals despite extra coaching, training and support from you and the team. It was a tough decision, but you ultimately decided to let that person go. (You recently were happy to learn through the grapevine that they found a job with your biggest competitor.)

Surprisingly, some of the largest impact came because of that goal you set around how you spent your time each month. Your team was more than willing to call you out when you got involved in tasks they deemed not worthy of your time. During the year, different team members  took on some duties that you always disliked doing. And as it turned out, they were much better at them than you ever were.

This year you had the time and energy to work “on” the business versus working “in” it. You found that most days you looked forward to going into the office and on your days off, you were truly off-line (for the most part!). You’ve even made plans to open that new location you’ve been dreaming about for years. One of your team members who emerged as a star player during the year will be the new manager.

About the Author: Lauren Owen is a business coach and facilitator who helps closely held businesses, particularly family businesses, build effective teams and execute successful ownership transitions. She is a long-time associate, frequent Profit Soup collaborator. Learn more at about our financial analysis tools such as Breakeven PLUS, at profitsouponline.com, or email Lauren at Lauren.Owen@ProfitSoup.com or call 206.282.3888.