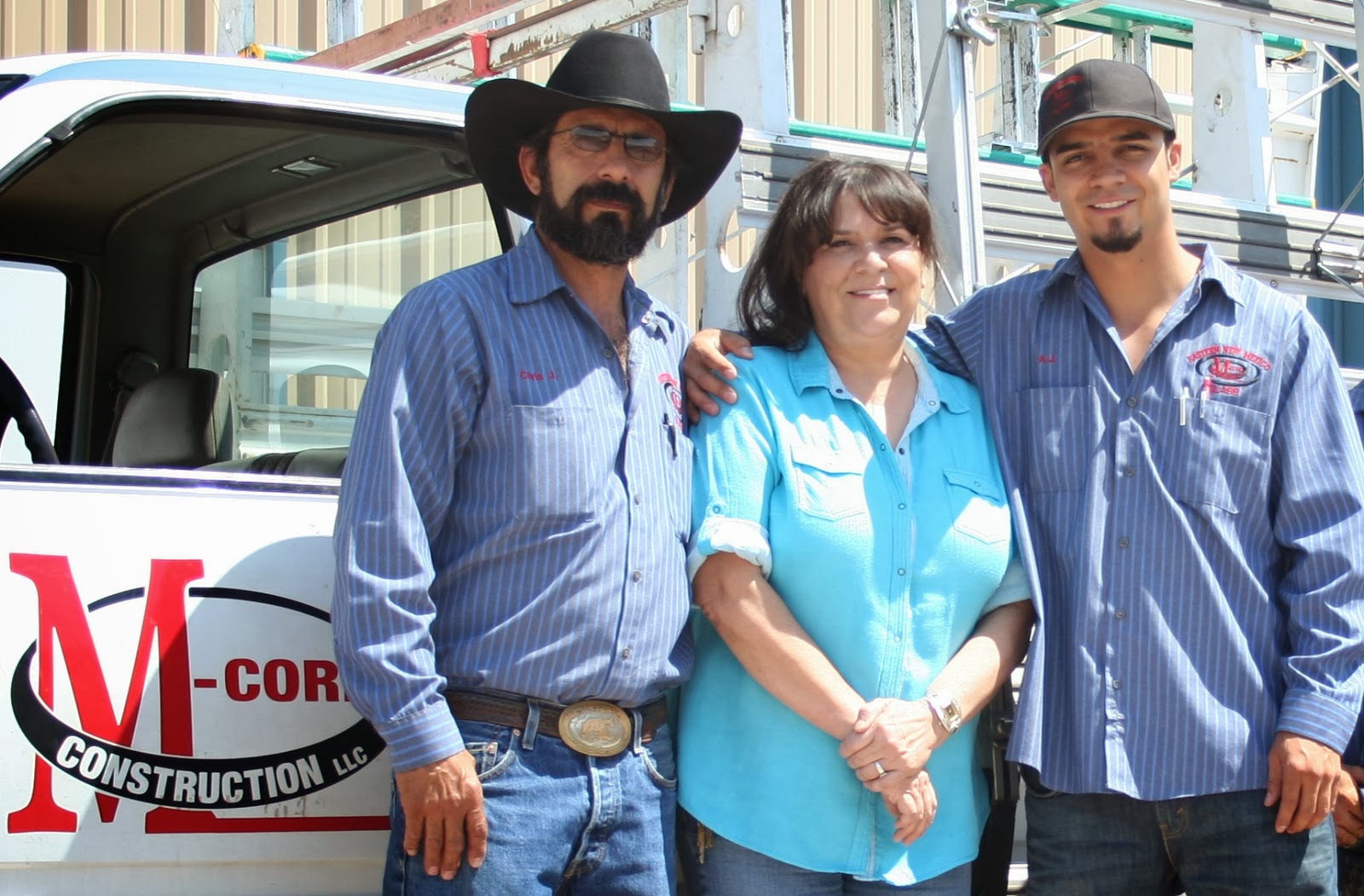 In 2004, A.J. Moreno approached his parents, Chris and Ida Jo Moreno, requesting their help in starting a construction business. At the time the trio had little knowledge of how far they would actually end up taking the company.

Today the Moreno family has worked as a successful team in building the business. Initially in 2004, the Moreno’s required support with a computerized accounting program and requested assistance from the Small Business Development Center in Clovis, N.M. The family then strategically purchased an existing glass business in 2005. In 2006, the Moreno’s decided to expand their business by becoming a government contractor. They once again sought assistance from the Center and thus began their journey to become a Small Business Administration 8(a) Contractor.

The Moreno’s worked diligently with the Center to complete the 8(a) application process and expanded their business to a full construction firm. A certification as an SBA 8(a) contractor was received in 2007 after many hours of preparing and organizing the application. In addition, they successfully obtained funding to double the physical location of their business and develop new sites.

The strong foundation of the team consists of both Chris and A.J having their GB98 (general contractors license) with Ida Jo managing accounting. “Strong books make a strong company,” is a common quote and practice by Ida Jo. M-CORE, LLC has seen strong growth:  the workforce has increased from a family-owned, two employee operation to 13 employees; several vehicles and buildings. A.J. acquiring his glazing license in Nevada has allowed the business to expand.

The Moreno Success Story demonstrates a true partnership between a private business, SBDC at CCC and the NMSBDC Procurement Technical Assistance Program. Mr. Moreno recognized what he needed to accomplish to move his business forward. “The Moreno’s tenacity for seeing things to conclusions is an inspiration to other entrepreneurs,” stated Sandra Taylor-Sawyer, SBDC Director. “SBDC and PTAP are very instrumental in the success of our business”, Chris Moreno.

Future success with M-CORE Construction, LLC includes expansion in Nevada. A solid foundation in Clovis, N.M. and the increase of work at Cannon Air Force Base has allowed the team to successfully acquire and build a world-class team of glazers and contractors responsible for an unbelievable amount of award winning work on the Las Vegas strip. This combination of knowledge and skill backed by the Moreno family’s track record of stellar business shows that the team is on track of reaching their goal of becoming New Mexico’s and Nevada’s premier glazing contractors.