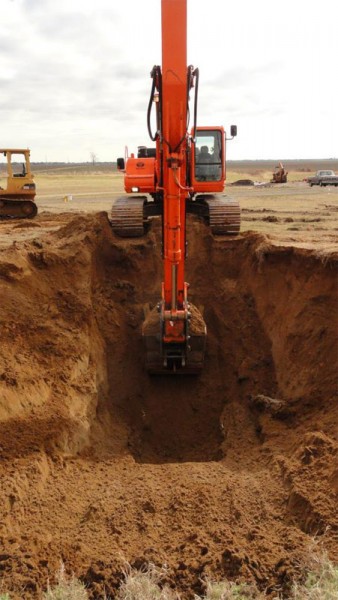 Stan Schultz, owner and founder of SSE, is also from the small town of Doniphan in southern Missouri. Like many small-town entrepreneurs, Schultz realized his employment options were limited, so he struck out on his own, opening the company doors of then-Schultz Engineering Services, Inc. in 1997 with just one employee in an abandoned farm house at the edge of Poplar Bluff. He regularly pulled all-nighters and his wife and parents frequently pitched in to make the business work.

And work it has. SSE has grown to an approximately $5 million civil engineering, materials testing, surveying and water treatment systems firm employing more than 45 engineers, surveyors, materials testers and support staff in a main office in Poplar Bluff with additional offices in Branson, Lake Ozark and Doniphan.

Mitchell, too, is no stranger to entrepreneurship. She’s run two Oregon ski areas, a family owned commercial fishing operation in Kodiak, Ala., helped restore an Alaskan cannery and done database design work for the Minnesota State Fair, among other endeavors. She came to southern Missouri to be close to her retired parents and found opportunity with SSE. Today she does business development and marketing by keeping an eagle eye out for engineering opportunities from the Missouri Department of Transportation and other state agencies; small towns and districts; FedBizOpps, the government point-of-entry for federal government procurement opportunities; the VA’s portal; General Services Administration; and many other sources.

It’s all a bit more than she expected. Luckily, she had help. She was first introduced to the Missouri Procurement Technical Assistance Centers (MO PTAC), which assists businesses, including small, disadvantaged and women owned businesses, obtain government contracts through an MO PTAC employee who briefed her on the essentials of the federal proposal process. He then moved on, to her chagrin.

“He said, Well, get a hold of Bill Stuby, he can help.” She pauses. “And thank goodness he did.” 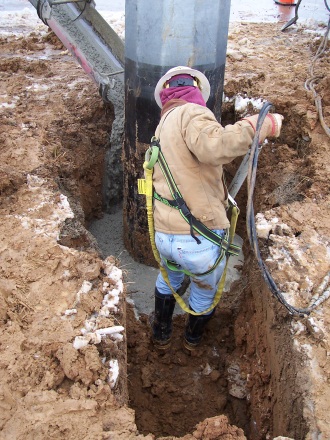 Stuby helped her navigate the intricacies of siting an SSE office in a Historically Underutilized Business (HUB) Zone. Businesses obtain HUBZone certification, in part, by employing staff or workers from a zone. This designation carries multiple benefits: Prime contracts of more than $550,000 require subcontracting plans that use HUBZone contractors. HUBZone certified small businesses also enjoy a 10 percent price preference when competing against a larger business.

So, for example, if both a large and small HUBZone business bid $9,500 for a government product or service, the contracting officer automatically adds 10 percent to the large business’ bid, making that bid $10,450. The HUBZone small business then should win the contract with its $9,500 bid.

Mitchell says securing HUBZone certification was an excruciating, drawn-out process, but that Stuby was there for her every step of the way. “It [certification] was at first denied for all kinds of reasons,” she says. “Bill was incredible, helped me evaluate the responses, find out what they [SBA] were really looking for. He was fantastic.” 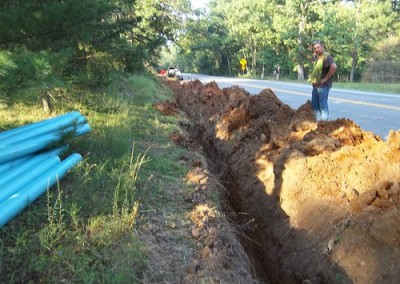 Stuby’s patience and perseverance in achieving HUBZone certification is just one example of his helpfulness, she says. To obtain government contracts, SSE has on occasion teamed with service-disabled veteran owned and 8(a) small businesses. The SBAs 8(a) Program also helps small, disadvantaged businesses compete.

One such contract was to design and build Joplin high school ball fields after the devastating 2011 tornado. To do so, SSE worked with fellow MO PTAC clients C & M Contractors, based in Schultz’s hometown of Doniphan (see our 2013 article on C & M). Such contracts are usually awarded to large construction engineering firms, but FEMA wanted a smaller, more nimble business that could get the work done immediately. SSE completed the design for C & M and, working with other contractors, had the lights on, the sod laid and the baseball, softball, soccer and football players took the field 45 days ahead of schedule. SSE has also been called to New Orleans after Katrina to test levee and flood control gate materials. 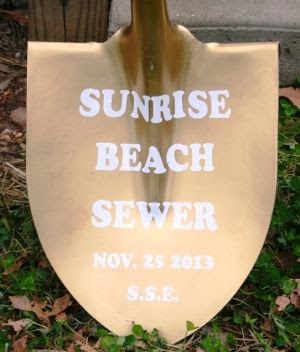 “It’s [MO PTAC] been a critical relationship for me, being able to function in all these government categories and websites,” Mitchell says. “I have been able to track and understand the possibilities as well as the limitations of a contract. It’s really an incredible feeling, to know you have a partner in the business you can go to and say, I need you to walk me through this process, and have him do so. Knowing he’s just a phone call away makes all the difference. If not for Bill I wouldn’t have a job!”

Today, SSE and Mitchell seek out and win contracts as small as building new sidewalks in Doniphan; and as large as resurfacing roads in Eldon, a project worth about $200,000; a share of a more than $4 million new Sunrise Beach sewer system; and a $42 million sewer system for the Gravois Arm Sewer District. Small town and rural water and wastewater projects are SSE’s bread and butter, and the firm has completed nearly 60 such projects in Missouri thus far.

In a previously published interview, Schultz was asked why he tries so hard to keep small town Missouri running. “Preserving life in rural America means the most to me,” he responded. “My hometown of Doniphan is in a depressed area of the state. We have to work hard to find ways to challenge our brightest young adults to stay in their rural communities while figuring out how to provide better educational and job opportunities. Unfortunately, traditional jobs are leaving our area. We have to be creative and figure out ways for families to make a decent wage.”

And Schultz has done just that. “I’m lucky to be surrounded by employees who care about the success of this company as much as they would as if it were theirs,” Schultz said in the interview.In turn, SSE has been recognized by the Inc. 500/5000 index as one of the fastest-growing businesses in America five times, even during the recession, in 2003, 2009, 2010, 2011 and 2012; a ZweigWhite Hot Firm as among the most successful architectural, engineering and environmental consulting firms in the country; an Outstanding Environmental Advocate award from the Lake of the Ozarks Watershed Alliance; and received a BBB Gold Star Award for no complaints in three years.

It’s safe to say the future of small-town Missouri is in good hands.