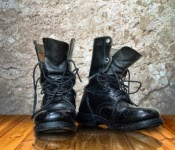 In the third of a series of articles investigating who is buying and selling small businesses in America, BizBuySell identifies how military veterans are faring in the business-for-sale market.

It’s no secret that U.S. military veterans are a force to be reckoned with in the nation’s small business economy. But according to the latest research, both older and younger veterans are emerging as major players in the buying of small companies.To better understand todays’ business-for-sale market, BizBuySell.com recently commissioned a demographic study of individuals engaged in buying or selling a small business. The study, which surveyed more than 2,000 buyers and sellers, highlighted several trends that are shaping today’s market.

One of the trends the survey revealed is that a surprisingly large number of veterans are shopping for small businesses. According to BizBuySell’s study, 13 percent of prospective small business buyers listed themselves as veterans.

But who are these veterans? And how do they compare to other buyers in the market?

Veterans Buying A Small Business Are Making Far More Than AverageThe challenges veterans face when they re-enter the workforce have been well documented. The transition from a military career to a civilian job can be difficult and the unemployment rate is particularly high among veterans who served after 2001.According to a study by the U.S. Department of Veteran Affairs, 51.6 percent of veterans have a family income of under $50,000 – a percent that decreases significantly when considering only veterans who are shopping for business opportunities.

Despite higher reported salaries, the veteran unemployment rate in the cohorts BizBuySell reviewed is considerably higher (around 10 percent) than for non-veterans of the same age (around 7 percent). As a result, veterans who have the capital may be entering the small business market to buy themselves a well paying job.

Younger Veterans Want To Buy, Expand Their Businesses Rather Than Sell

The survey also showed that today’s veteran business buyers are not only older veterans, but also more recent military personnel. Just 22 percent of surveyed veteran buyers were 65 and older, with higher percentages of buyers found in the 30-49 year-old (30 percent) and 50-64 year-old (46 percent) age brackets.

But young, veteran buyers aren’t simply trying to enter the world of small business ownership-many are interested in acquiring a second or third business. In fact, 25 percent of surveyed veterans who were attempting to acquire a business already owned at least one other business and were trying to expand.

This is slightly higher than the 20 percent of non-veterans with expansion plans. The desire to expand indicates that today’s veteran buyers are confident in the small business environment and expect the economy to continue on its recovery path.

Finally, while those veterans in the older age brackets may seem more likely to be eyeing retirement, many are just entering the business-for-sale market for the first time. Twelve (12) percent of veteran buyers reported that they are already retired from another career, but want to continue to work by owning a business-a sizeable bump over the 5 percent of non-veterans seeking small business ownership while retired.

The bottom line is that small business ownership continues to be an attractive career path for many U.S. military veterans. With large numbers of veteran buyers active in the current business-for-sale market, the appeal of the veteran-as-entrepreneur shows no signs of diminishing anytime soon.