Organic Recycling and Valuable Services for the City of New Haven, Connecticut 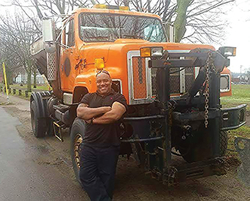 Joe and Todd got to work reviewing Todd’s business plan and budget, and prepared the paperwork to access capital. From this work, Todd earned a Connecticut Department of Economic and Community Development (DECD) Express Loan and Grant, which has helped him to acquire new equipment, create five jobs and save another five. Mr. Howell is actively involved in hiring New Haven residents for positions in his business.

“I would not be where I am today without the assistance of [the Connecticut SBDC’s] Joe Williams. This has been an invaluable experience. His guidance, wisdom and understanding, coupled with his hands-on knowledge of the construction industry has assisted my company growth immensely. The ability to have an advisor who believes in your abilities, yet doesn’t allow you to underestimate your capabilities, is refreshing. My company has been able to secure multi-year contracts in several different fields resulting in millions of dollars of long term contracts. “ — Todd D. Howell, COO, New England Site And Infrastructure Management

Todd is currently seeking land to expand, store his vehicles and operate his organic recycling business. He continues to work with Joe and refer new clients to the CTSBDC.

Todd Howell is a proud member of the Greater New England Minority Supplier Development Council (GNEMSDC), has been listed in Who’s Who of American Business Owners and Professionals for the last 10 years, received a lifetime achievement award at the age of 40 from the State of Connecticut African American Affairs Commission, and was awarded a Congressional Presidential Medal of Freedom by the United States Congress.

To learn more about the Connecticut SBDC, click here.