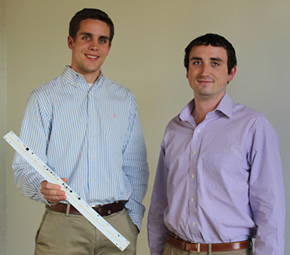 Impact of working with the Pennsylvania SBDC: Sean Darras founded LuxTech – which designs, develops and engineers LED modules that enable light fixture manufacturers to enter or expand their offerings. By the beginning of 2014, Darras had validated his business model, raised $700,000 in investment, hired 3 full-time and 2 part-time employees, built a national distribution network, and secured contracts for sales of over $5 million.

He wrote his business plan and worked out the details of his business model in Wharton SBDC’s Strategic Business Planning Workshop. Then he used the plan as a key part of his application for investment by Ben Franklin Technology Partners.

He drew on Wharton SBDC’s Commercialization Acceleration Program (funded by the Department of Energy and the Small Business Administration), through which Consultant John Currie conferred with Darras weekly during the summer of 2013, as Sean built a national network of sales distributors.

Read the whole story, and learn more about the Pennsylvania SBDC and LuxTech.