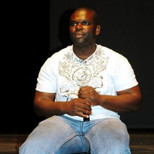 The Positive Alternative Recreation Teambuilding Impact  (PARTI) program has been in existence since 2001. As a 501c3 organization (tax exempt non-profit), its purpose is to build today’s youth into the leaders of tomorrow through education, leadership development, mentoring, making healthy choices, and volunteerism in the community. The organization’s founder, Winston Ashby, spends a great deal of time working with youth at the high school and middle school levels on San Jose’s eastside. The organization is largely dependent on grants and fundraisers to further its mission, sustain its employees, and continue to increase its revenues.

PARTI operates programs for youth in both Northern and Southern California. Through his dedicated work with young people, Winston has inspired many students to realize their dreams of going to college and building careers for themselves. One of the program’s most famous graduates appeared as a finalist on the TV show “American Idol”.

The on-going challenge for Winston, prior to working with the SBDC, had been securing enough funding to retain his current employees. He struggled to locate new funders in the Bay Area. In addition, Winston knew and understood that he needed more high-profile figures to recognize and support the work of his organization for branding purposes. 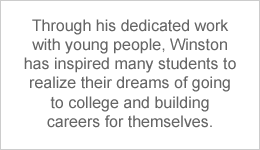 Initially, Winston and his SBDC advisor discussed how to approach grants based on the types of programs his organization offered to youth in San Jose. Secondly, they outlined and researched the funders that closely align with his organization’s services. After being introduced to services offered by the SBDC, Winston and his advisor explored many grant databases that would help them identify matching funders.

Since that time, he has been awarded three-year grants with the City of San Jose, Safeway, and Kaiser Permanente, and he was invited to make a full proposal to the Leo Shortino Family Foundation in Santa Clara County.

His last two community-wide fundraisers were a success. These grants and fundraisers have allowed PARTI to retain employment for three employees. There is still more work needed to be done in order to raise over $150,000 for the program’s services for youth, but he is on a strategic path towards achieving that goal.