How To Select A Franchise Attorney 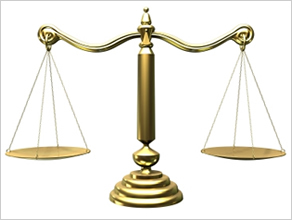 After you have narrowed your search for a franchise business to THE ONE that best fits your personal and professional goals and financial resources, it’s time to engage the services of a qualified franchise attorney to review the associated Franchise Disclosure Document (FDD) and the franchise agreement contained therein. While you might be tempted to hire an attorney at a far earlier stage in the due diligence process (let’s be honest: navigating through an FDD is far from “reading for pleasure”), the investment is not warranted until you are ready to become part of a particular franchise system.

The Value of a Franchise Attorney

The Federal Trade Commission requires that the FDD be written in “plain English.” No such restrictions pertain to the franchise agreement itself, however. You will want an attorney, who is experienced in franchise law, to review the contract to ensure that it is within the norms for franchise agreements, which are notoriously slanted for the benefit of the franchisor. If there are some provisions that need adjusting, your attorney can negotiate those on your behalf. Additionally, your franchise attorney can help you determine the best legal entity for your franchise business, as well as assist you with the numerous other legal matters that accompany business ownership. There is no standard fee for the review of the FDD and franchise contract, and they can be wide-ranging. So, be sure to ask before engaging your attorney’s services.

There are over a million attorneys in the U.S.; however, only a very small percentage is experienced in franchise law. The American Bar Association has a Forum on Franchising which is a veritable “Who’s Who” of franchise attorneys. The International Franchise Association is another good resource. Its Council of Franchise Suppliers lists a variety of franchise service providers, including franchise attorneys. Of course, if you’re looking for a more personal recommendation, your local FranNet consultant will be more than happy to guide you.