Two and a half years ago, Minnesota craft favorite Surly Brewing announced plans to open a new $20 million “destination brewery” in Minneapolis. There was just one problem. It was illegal.

A Prohibition-era law still on the books in Minnesota forbid breweries from serving their beer on premises. The Free Enterprise Tour stopped at Surly Brewing for a tour, a sample of Furious IPA, and background on the fight to get the outdated law repealed. The original law, Surly Brewing President Omar Ansari explained, was designed to maintain a three-tier system keeping alcohol manufacturers, distributors, and retailers apart.

It’s fitting that Surly was given its name to describe “the anger fueled by the inability to find good beer,” and perhaps even more fitting that Surly led the charge to change the law and put good beer in the hands of beer lovers. The so-called “Surly Bill” to get the antiquated law repealed was championed by beer lovers throughout Minnesota. “Surly Nation”—which includes other craft brewers, an active social media community, and beer lovers alike—demonstrated what the brewery dubbed the “Power of the Pint” through a massive grassroots campaign to garner support for the bill.

Despite some early opposition, the Surly Bill sailed through the Minnesota Legislature and was signed by Governor Mark Dayton in 2011. Curtis Gilbert of Minnesota Public Radiosaid, “[The bill] offered [craft brewers] a better shot at profitability, allowing brewing establishments to sell their beer by the pint right on site.”

“It was a jobs bill,” said State Rep. Jenifer Loon, a lead author of the Surly Bill, who joined us for a tour of the original Surly facility. Calling it a jobs bill proved prophetic. Capital investment has followed the market, launching new businesses and growing others. In the year following the bill’s 2011 passage, the number of breweries in Minnesota shot up by 81%, the second fastest increase of any state, according to the American Brewers Association.

There’s good reason to believe the numbers will continue to grow. Nationally, craft brewers sold an estimated 13.2 million barrels of beer in 2012—up 2 million from 2011. Ansari told Hometown Source that he sees opportunity for Surly: “When you walk into a bar, there are so many tap handles. When you walk into a liquor store, there’s only so much cooler space. (But) if you’re brewing good beer, you’re always growing.”

Ansari wanted to help his own brewery, sure, but he believes that the Surly Bill has much larger implications: “This bill was about bringing people to Minnesota and helping Minnesota’s economy as much as it was about beer.”

Here’s a few photos from our tour: 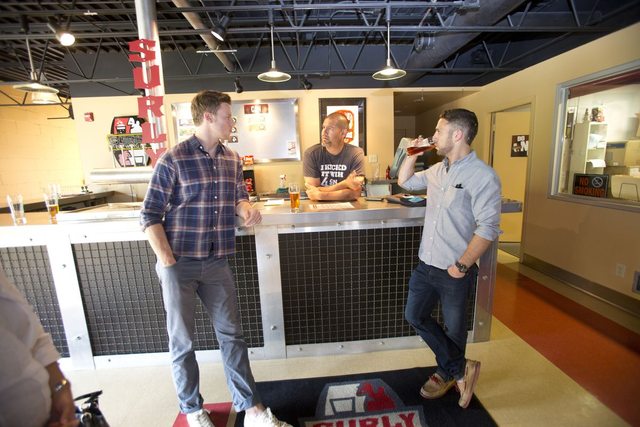 After just one beer, Joe wandered off and somehow returned wearing this. 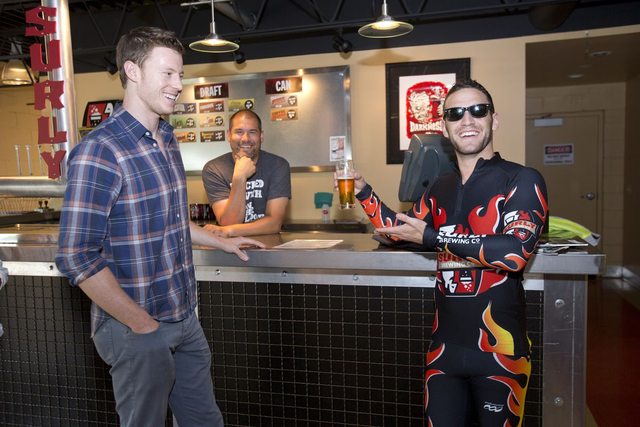 …Moving on. Omar showed Nate the inner workings of the operation. The current brewery produces over 15,000 barrels a year, and the new facility will get them closer to 100,000 barrels. The Surly bill allows any brewery producing under 250,000 barrels to sell its beer on site. 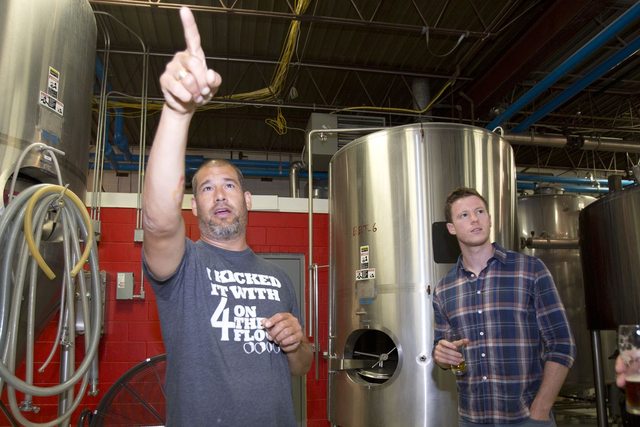 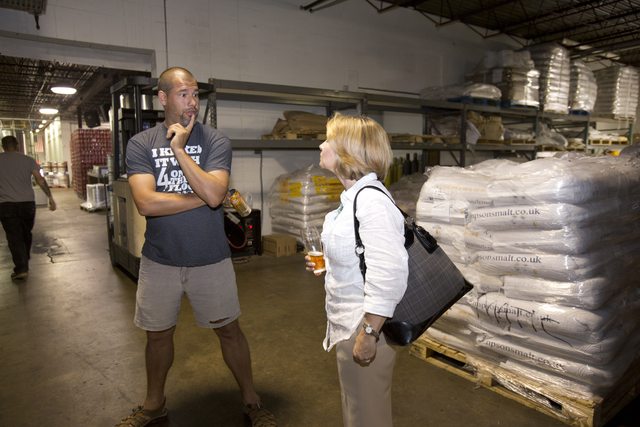 Omar says he originally chose them as a way stand out from all the other craft brewers, who were at that time mainly selling bottles. 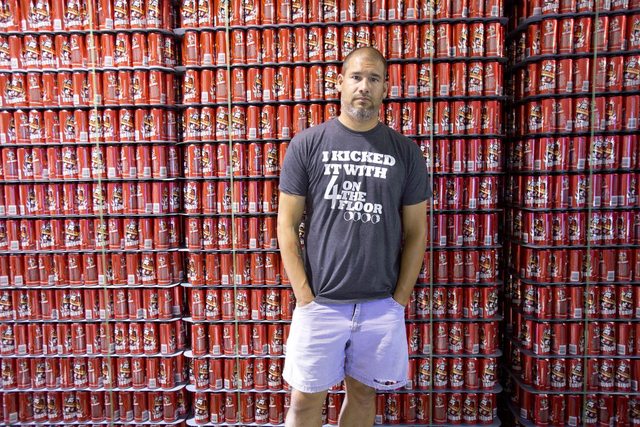 …The design for their new brewery (seen below in a rendering released last month) ought to help. 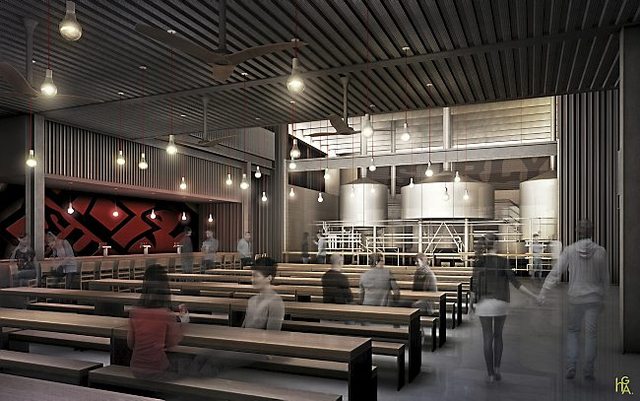 Presented by FreeEnterprise.com – your home for free market news and ideas. The site offers more than headlines – it’s a dynamic conversation about American free enterprise.