Candy Crush Saga is a cute game that revolves around mixing and matching candies. A simple enough concept, it also happens to be one of the most downloaded games on both the Apple and Google app stores, making around $900,000 a day for its developers according to Independent.co.uk. Considering the amount of money it generates for its developers, King.com (the studio behind Candy Crush Saga) filed for a trademark on the word “Candy” last year and have recently been approved.

This created quite an uproar in the game developing community. If I was a developer I would be mad too, considering a majority of free to play games with add-on purchases are aimed at children, the word “candy,” at least intuitively, seems like a popular word to use. Though in King’s defense, they provided a statement to Mashable claiming, “We have trademarked the word ‘CANDY’ in the EU, as our IP is constantly being infringed and we have to enforce our rights and to protect our players from confusion. We don’t enforce against all uses of CANDY – some are legitimate and of course, we would not ask App developers who use the term legitimately to stop doing so.”

The main developer they had an issue with was Candy Casino Slots, who allegedly focused heavily on their trademark to enhance downloads of its own game by search ranking. Fair enough, considering Candy Crush is King’s candy cash cow; I cannot really blame them for wanting to protect their IP. But contesting another trademark application filed by game developer Stoic, for “The Banner Saga” is just plain wrong. In their notice of opposition they claim the use of the word “Saga” is apparently confusing and deceptively similar to the use of “Saga” in their own game. The Banner Saga is a role playing game about Vikings! Freaking Vikings! How would anyone in their right mind confuse a dark turn based strategy game with lining up colorful candy? It’s like saying people might confuse “Lord of the Rings” with “Lord of the Flies”. Although possible, it is highly unlikely. END_OF_DOCUMENT_TOKEN_TO_BE_REPLACED 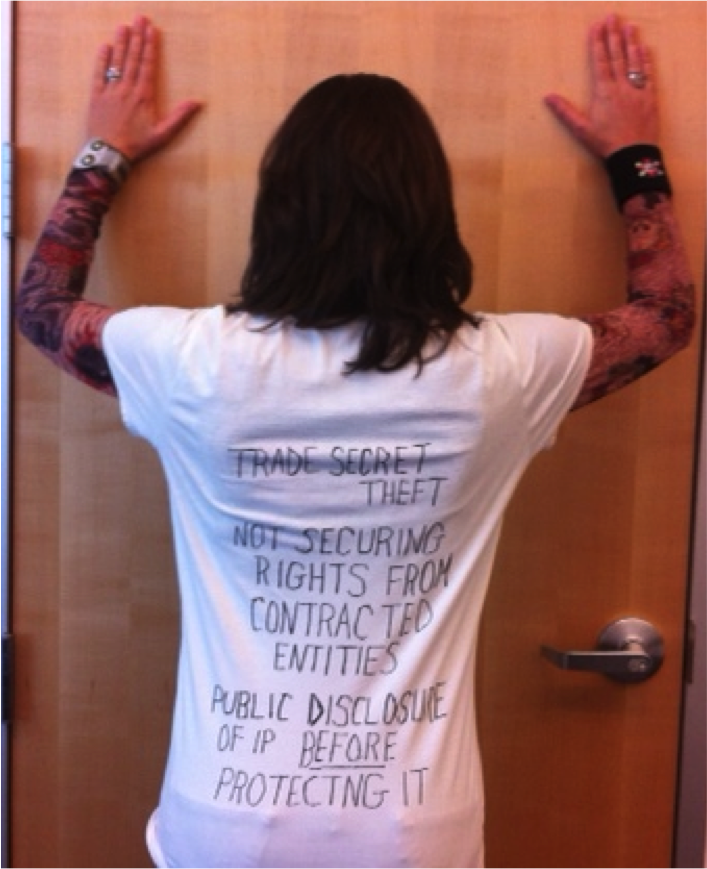 When starting a business, many assume intellectual property (IP) is merely an incredibly expensive legal concept that does not apply to them; or worse, too many people believe IP is something that can be put off until later. It should be known that every company has IP and innovation, and the time to identify and decide upon a strategy to protect your IP is at inception.

Every business has IP

IP can be found in 100% of businesses and is not just for tech businesses or inventors.  Simple items like business or product names, customer lists, and blog or presentation content are IP. Innovation (or IP) is often a business’ most valuable asset, particularly during startup, and must be coveted in the same way as your tangible office assets (e.g., computers, cash, products, etc.). You would not leave the company office unlocked with these items out in the open; IP or intangibles need to be treated with the same care as physical assets.  END_OF_DOCUMENT_TOKEN_TO_BE_REPLACED 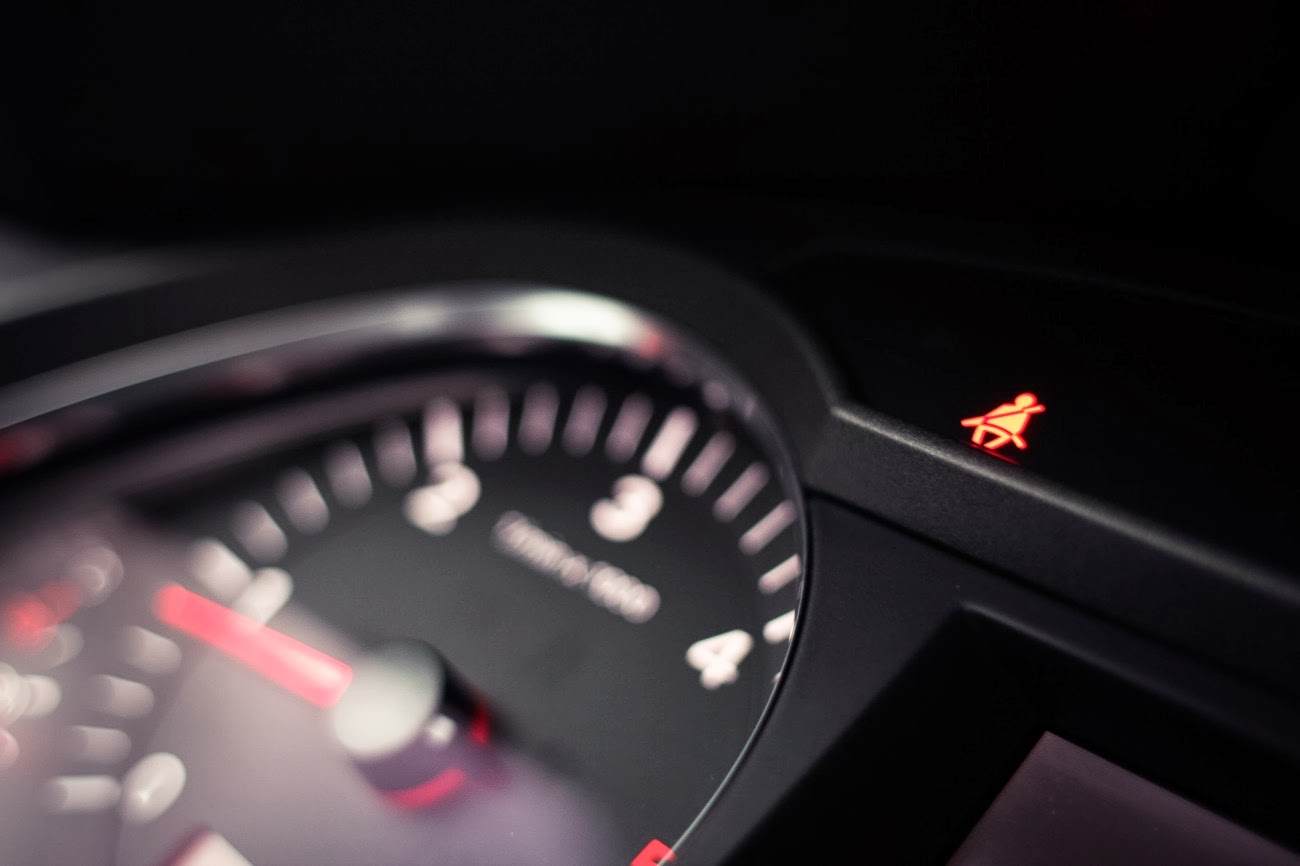 Standing on stage, Cynthia Schames, Founder & CEO of AbbeyPost, realized she needed a patent before her Women 2.0 pitch that was scheduled the next day. For many, being a pitch competition finalist is stressful enough; filing a provisional patent overnight is an unnecessary distraction. One of our mantras is that you cannot protect your Intellectual Property (IP) unless you know what IP you have. Unfortunately, many postpone identifying their IP and even more wait until disaster strikes.

Luckily, Cynthia’s pitch coach asked if she was prepared to answer questions from judges about how she protected her IP. AbbeyPost licenses a patented 3D body scanning technology called Find Your Fit, which accurately and quickly scans a shopper’s body for specific measurements and shape. The scanning technology didn’t concern Cynthia, but rather her company’s proprietary know-how, process, and use of data to create real-time-manufactured, made-to-measure clothing.

Cynthia needed protection before she pitched (and won) in a public setting. Not protecting your ideas before widely sharing the details may result in loss of international patent rights.  END_OF_DOCUMENT_TOKEN_TO_BE_REPLACED

Eric Spellmann continues to be one of the highest rated speakers at our national ASBDC conferences. His unique view that small business websites should “do” something pushes against the standard “online pamphlet” view of most web design companies. He believes your customer’s websites should be driving qualified leads and sales on a weekly basis. Eric speaks at a number of other national and state conferences nationwide, but enjoys running one of the most successful web design companies in the country. He truly believes in the SBDC mission as it helped him start his own company many years ago. To contact him, visit his website at EricSpellmann.com.

Myths about the law abound. They range from age-old lore, like “possession is nine-tenths of the law,” to mistakes about intellectual property rights. When you fall into the trap of letting these fables guide your decisions, you can get your business into trouble. So let’s dispel some of these legal myths.

Similarly, when businesses hire independent contractors to work on new ideas and inventions, companies often assume that they own the intellectual property created by the contractor. Wrong again. Unless you have a special agreement in place assigning the IP rights to your business, that contractor remains the owner of any copyright or patent associated with his or her work. END_OF_DOCUMENT_TOKEN_TO_BE_REPLACED