4 Lessons Your Small Business Can Learn From the Big Mac 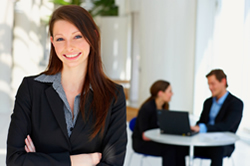 The Big Mac – the special burger from McDonald’s that features “two all-beef patties, special sauce, lettuce, cheese, pickles, onions and a sesame seed bun” – is almost as much of an icon as the fast-food chain itself. While the world is pretty much split on the one-of-a-kind sandwich (the sauce has a way of being fairly polarizing), no one can deny that it’s an unchanging staple that’s been branded into our culture.

The sandwich is 50 years old this year, proving that some things are still a good idea half a century later. Here are some other hard truths about its success for small businesses that cannot be ignored.

Have a Signature Item

Fast food has gotten weird over the years. I remember when McDonald’s introduced what they called a more “grown-up” menu, switching their classic grilled chicken offering over to something with honey mustard, a fancy bun, and more lettuce than I would ever put into a small side salad. This was on the tail of the failed McSpaghetti, and it predated some of the chain’s experiments into the McGriddle – which has gone on to become a current classic.

Despite all the field testing of what could be hundreds of failed trials over the decades, the Big Mac is something that has stayed on the menu, along with Kids Meals and their signature fries. While it’s not always front-and-center, it’s always there. You can walk into a McD’s in any location in the States and ask for one. No one will eye roll or giggle; they will have the ingredients on hand.

This same strategy could be a clear winner for your own business, whether you offer pet grooming or SEO services. Feel free to experiment with new trends, offering cleverly-branded special items as whimsy strikes you, but don’t ever ditch the signature service or product that made you who you are. You can use that same kind of familiarity to increase sales for most any type of business.

Bottom Line: Keeping a clearly branded offering that never changes can be the port in the storm for businesses that struggle to maintain identity and attract the loyal customer who comes back over a lifetime.

Don’t Try to Please Everyone

A good small business hears its customers, acknowledges them, and considers their voice. It does not, however, give in to each and every social media demand. The recent example of Nabisco animal crackers being freed from their packaging cages at the request of an animal-rights group makes sense; revamped packaging wouldn’t affect the product quality, and the gesture went far in the animal-rights community. Swapping out the sauce on a Big Mac because – in the words of my husband – “it tastes like rancid ketchup,” doesn’t. People have come to love the strange combinations the Big Mac offers. To change it after half a century would be seen as treason and could kill a business that feeds over 68 million people globally each day.

Bottom Line: It’s your job to please your customers. Make sure changes are made to appease your core base and not an audience that would never buy from your business or has a questionable level of loyalty.

Upgrades Should be Systemic

As a former restaurant manager, I understand that fast food is best enjoyed when you are oblivious to what’s going on behind the scenes. For those who haven’t worked in the industry, it can be jarring to see frozen slabs of meat slapped against a hot, greasy griddle. That is, however, how the signature McDonald’s burger was made – until just a few months ago. Announcing that they would be using fresh beef in their sandwiches, the company has been making the change in phases. First, they will replace the meat in the Quarter Pounder, gradually adding in new products until they eventually switch over to an all fresh menu.

What does this mean for the Big Mac (and you?) It’s quite alright to make sweeping changes to your products or services in the name of quality, but make sure that it doesn’t hamper the reputation you’ve made with your signature offering. Notice that McDonald’s didn’t start with upgrading the Big Mac? They chose to leave that icon until market tests prove that their customers are OK with eating fresh. They will continue to field test and monitor to ensure that their risk pays off without alienating those Big Mac afficionados.

Bottom Line: Ensure system roll-outs are adopted without drama, by starting small and picking products or services that people have less of an emotional connection to. This way, if the changes aren’t met with enthusiasm, you can make adjustments without damaging your brand.

Listen to the Little Guy

Do you know where the idea for the Big Mac came from? It was the idea of a franchisee that brought life to the popular burger. Corporate heads at McDonald’s didn’t have to listen, but they did. Now, the fast-food giant credits several of its most winning product concepts to store owners who offered feedback on what they were hearing customers wanted most. Products that the company credits to franchisees include the Egg McMuffin and the Apple Pie. Can you imagine the fast-food chain without them?

As your business grows, keep your goals big for your company, but recognize the help you need to go from small to big. Financing is certainly a part of that, and you can be matched to the best financing for your company with Nav.

Bottom Line: Good ideas come from everywhere. Give your workers and franchisees a way to share what they see in the marketplace. Your best new ideas may be waiting there.

Conceived in 1967, and changing very little since that time, the Big Mac could no doubt last another 50 years. The sandwich, which has had a slump in popularity over the years, continues to be a worldwide phenomenon, even as trendier burger joints pop up right next door. It proves that product is key to creating a brand that stands the test of time – but how you market it is equally important.

This article originally appeared on Nav.com.