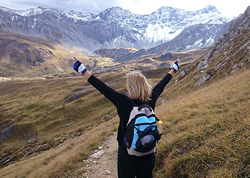 What qualities come to mind when you think of those who build great amounts of wealth? Disciplined, hard-working, smart — perhaps even a bit ruthless?

You may be surprised to learn that there is another trait that may help you build wealth: optimism. Tom Corley devoted several years to studying the habits of the rich versus the poor, which he has shared in his best-selling book, Rich Habits: The Daily Habits of Successful Individuals.

Among the many habits he studied, he found the rich were more likely to be optimistic. “Sixty-seven percent of the self-made millionaires in my study forged the habit of being positive and upbeat. A positive, mental outlook is critical to overcoming problems, obstacles, pitfalls, mistakes and failures,” he says. END_OF_DOCUMENT_TOKEN_TO_BE_REPLACED