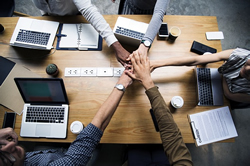 The issue of sexual harassment in the workplace continues to attract extensive media coverage, as more victims are empowered to report misconduct against them.

Since the start of 2018 alone, the U.S. Equal Employment Opportunity Commission (EEOC) has filed or settled several high-profile sexual harassment lawsuits. Beavers’ Inc., which owns several Arby’s fast-food franchises, is among the latest companies to face the courts after the EEOC filed a lawsuit against them. The federal agency charged that the company broke the law when it subjected several teenage female employees at an Arby’s in Atmore, Alabama, to sexual harassment. END_OF_DOCUMENT_TOKEN_TO_BE_REPLACED