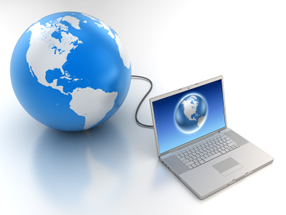 Many will recall 2014 as the year of the data breach. From individuals to major brands, it seemed that no one was immune to the threat of a cyber attack. While 2014 was particularly worrisome, these types of breaches have been on the rise in recent years and are predicted to be a continued threat.

Between 2013 and 2014, nearly half of all U.S. adults had their information hacked and an estimated 432 million accounts were breached. In 2012, 29 percent of small businesses were victims of a cyber attacks. According to a recent study cited by the U.S. House Small Business Subcommittee on Health and Technology, roughly 60 percent of small businesses close within six months of a cyber attack.

While the breaches making national headlines are often the result of sophisticated hacks, far greater and more common threats stem from much simpler causes including employee or contractor mistakes, lost or stolen hardware and procedural errors. Thankfully, there are ways to help protect yourself and your business, starting with learning how to identify potential symptoms of online fraud. Here are four easy-to-follow tips:  END_OF_DOCUMENT_TOKEN_TO_BE_REPLACED